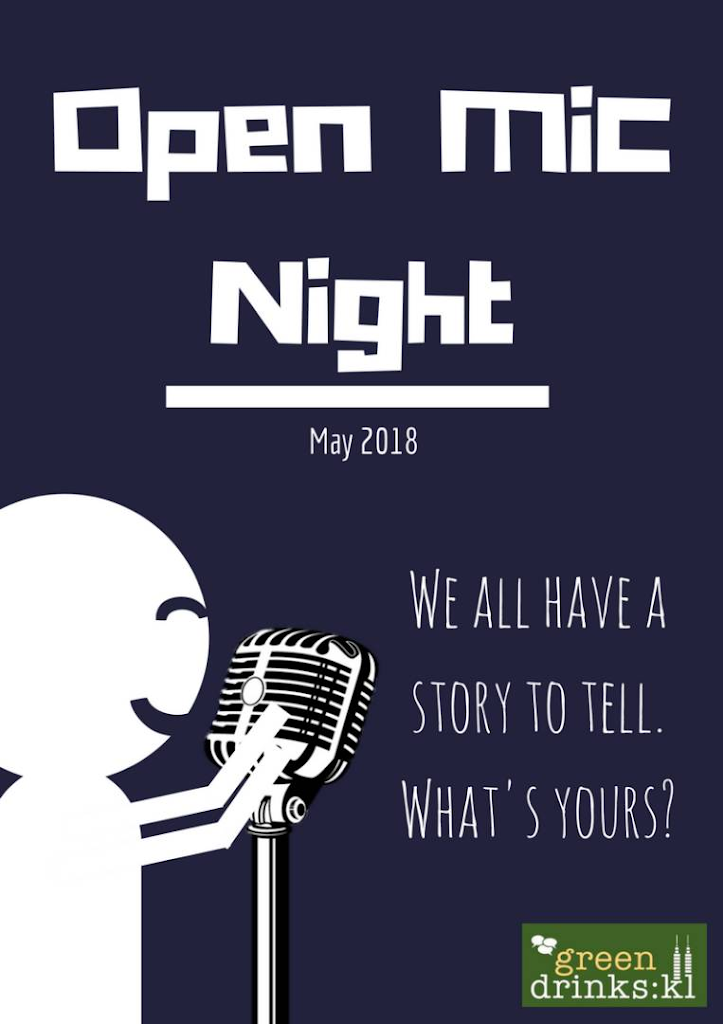 May 8, 2018February 14, 2020
On 3 May 2018, Green Drinks KL saw the gathering of 15 public members from various professional fields such as business, consultancy, journalism, oil and gas, waste management, fashion and others. The environmental networking event which was held on the first Thursday of every month at The Gravy Factory, Nu Sentral also attracted postgraduate students who wanted to be part of the solution instead of the problem to the environment.
The theme of the month was “Open Mic”, which was relatively unique as the host aimed to gather feedback from the smaller crowd on environmental issues that concerned the people the most. Subsequently, the monthly theme of Green Drinks would be customised based on the interest of the majority.
“We would like everyone to form a group that has a common environmental interest and discuss on why that issue concerns you and what we can do about it”, said Bernard, the event host.
Shayley,an urbanite that lived in a condominium was frustrated by the amount of waste that she had generated as she decluttering one day. She realised that she owned many unnecessary items and began to be aware of her own lifestyle. Her realisation then motivated her to take responsibilities over the waste generated by practising recycling, if not rot (for organic waste) whenever possible.
“I freeze all my food scrap and bring it to a farm owned by an NGO called Free Tree Society for composting. But then and again, it may not be practical for me or other to do it every day”, said Shayley during group discussion. 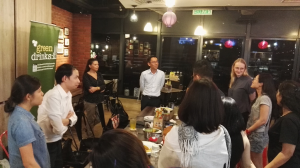 On the other hand, a participant, named Elodie, was concerned with the use of plastic in packaging as such disposable or single-use plastic is choking our earth day-by-day.
“Currently my team and I are trying to promote alternative packaging which uses paper instead of plastic, to Mamak stall, a popular street-side restaurant by the locals for food and hangouts. We know that paper packaging is still not the best solution, hence we are currently still looking for better option.”
Another group of participants gathered to discuss issues related to trees: deforestation, maintenance of urban trees, appreciation for more green coverage on earth. Nahvin, an environment enthusiast – though deemed himself for working in the most polluting industry, oil and gas – was frustrated seeing how trees were chopped instead of pruned in the urban areas. He also yearned for businesses to reduce usage of paper by replacing conventional receipts to e-receipts. Sanjayala, a sustainability consultant, thought that greeneries are important for serenity and promoting positive effects on our mental health. 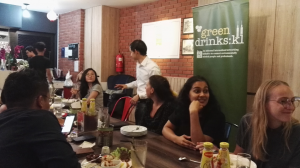 The sharing from representatives of each group had well benefited others to learn more and contribute ideas to help others in taking action. Green Drinks KL this round had created better engagement due to the smaller number of attendees as compared to the last month’s event which witnessed the participation of more than 50 people. Some were really delighted by new knowledge that they acquired. For example, Shayley, after expressing her frustration of not being able to compost at her condominium, received feedback from another participant that she was able start her own composting even in her own high rise home. Subsequently, they shared contact to keep in touch.
Another participant, Amirah, who is into the fashion industry, confessed that she was clueless on what Green Drinks is about but felt enlightened after Simpson, co-host of Green Drinks, explained to her on the background. She even rated 15 out of 10 scales that she would attend this event again. To further inspire and encourage her environmental interest, she was presented with a 100% organic cotton-made Earth’s Gift tee shirt by Nukleus as a gift. 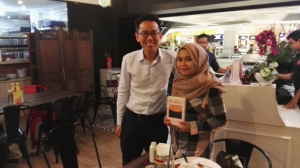 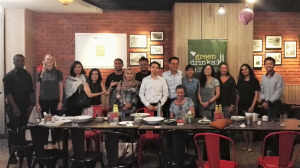